Home » Electric Generators » How Long Can You Run A Generator Continuously?

Generators can be used in a variety of applications such as camping, worksites, odd jobs, and even power outages. Overall, generators are indispensable during times where access to electricity is extremely limited.

How Long Can You Run A Generator Continuously?

By design, a generator is essentially a piece of equipment that converts mechanical energy into electrical energy. These generators often come equipped with means of producing mechanical energy such as steam turbines, gas turbines, water turbines, internal combustion engines, wind turbines and even hand cranks.

However, modern generators that people are familiar with are usually designed with internal combustion engines.

Understanding How a Generator Runs

Firstly, engine size does not refer to the physical size of the engine block itself but the amount of fuel and air that can be pushed through it. For people that may not be familiar about generator engines, generator engines are not unlike car engines.

While it sounds intuitive to think that larger engines would be better, it’s actually more complicated than that. A small engine could possibly be as strong as a large engine if the small engine was significantly more efficient than the large engine. Thus, it would not be wise to quickly dismiss a generator that comes with a smaller engine.

Using the car analogy once more, the type of fuel also matters greatly. Generators can come with engines that could run on gasoline, diesel, or propane. Different fuel types have different advantages and disadvantages.

For example, gasoline tends to be more accessible compared to other fuel types which is a big factor for generator applications that are remotely located. However, gasoline engines might not last as long as diesel and propane engines.

Diesel has a relatively high flash point which makes it a safe fuel type. However, diesel is not the cleanest burning fuel which can concern people that are more environmental. Lastly, propane does not have any tank vaporization issue which makes it an ideal fuel for cold starting engines.

Understandably, the size of the fuel tank significantly affects how long generators can run because the generator can only run when it is being fueled. However, this may not be as big of a factor for some generators that can be hooked up to a gas line.

If a continuous source of fuel can be installed, then the size of the fuel tank might not be as significant ultimately.

It’s a simple conservation equation that would explain why a generator can last longer if it’s simply providing power to a couple of light bulbs, compared to a generator providing energy to power tools.

While these are important factors to consider, they are not the only factors present. So, going back to the topic, how long can generators last continuously?

Without stopping, generators can run about 7.5 to 12 hours. Keep in mind that generators are designed to last exceptionally long. However, proper usage and operation of generators require maintenance – maintenance that entails stopping the generator every now and then.

Factors that are involved in continuous running involve oil and heat buildup. With their moving parts, engines have to be properly oiled up to make sure that the metal components that are moving against each other can run smoothly.

Modern generators have an oil capacity of about 150-200 hours. They are also usually designed to automatically shut down the generator when the oil has reached insufficient levels.

While modern portable generators aren’t really designed to run 24 hours continuously, it is possible to operate them to do so if the load isn’t too high. For example, if a generator is only running about half its usual load, then it could possibly be operated for a full day non-stop without any complications. 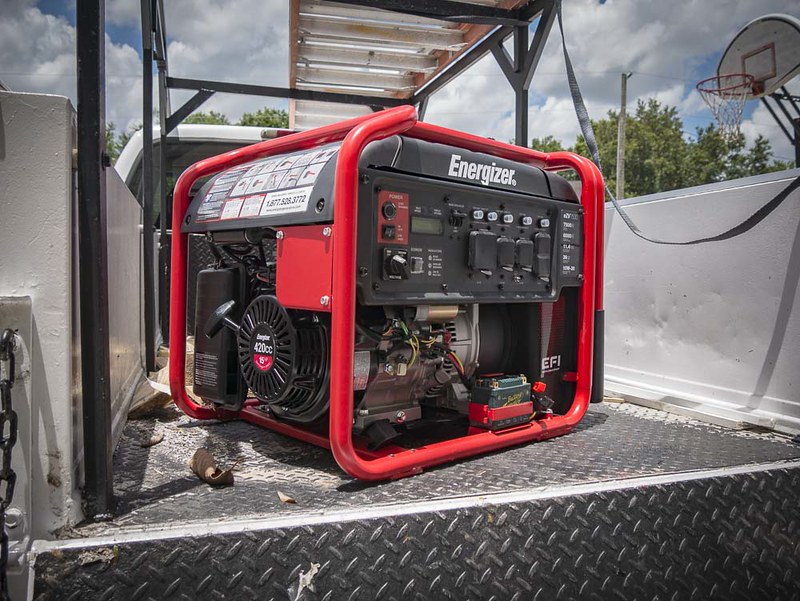 How Long Will Generators Last?

Despite the many factors that affect how long generators can last, it is usually easier for consumers to simply check the generator’s manual or spec sheet as relevant information is usually added by the manufacturer.

Given that top-quality portable generators often come with a 2-3 year manufacturer warranty, that gives people an idea that the generators can generally last for that amount of time at least. However, generators last significantly longer as long as they are maintained properly.

With sufficient maintenance and occasional periods of rest, generators can last extremely long. It is estimated that generators can possibly last an average of 100 hours. However, that is highly dependent on the model of the generator and the other factors mentioned above.

It is even recommended that generators being chosen for areas that suffer frequent power outages should run about 200 hours on average.

When discussing how long generators will last in terms of their life span, then the numbers can get really high. For example, manufacturers typically include 2-3 year warranties for their generators which means that generators should be able to run without any concern for that amount of time at least.

However, many generator owners have reported that with proper maintenance and adequate operation, their generators have lasted significantly longer than 2-3 years. For example, a generator that only runs about 500 hours a year can potentially last anywhere between 20-40 years.

How to Run a Generator Non-Stop?

If you must run a generator continuously, there are things to consider to make it both feasible and safe.

The first factor that you should consider before running a generator non-stop is to understand that these pieces of equipment were not designed to be operated that way. Engines are heavy pieces of machinery that involve fast-moving parts, oil, and heat – things that you should really be careful with not to overwork.

However, it is understandable that there are some situations where it might be necessary to run a generator non-stop. Here are the ways to do so.

For non-stop generator operation, it might be wise to consider a dual-fuel generator. Having the option of two different fuels makes a generator way more practical and easier to run continuously compared to a generator that is restricted with one type of fuel. This is especially important when you’re doing a remote job and you have to get more fuel.

If you must run a generator continuously, the generator has to be situated away from home or a populated area. Manufacturers repeatedly warn generator owners that carbon monoxide poisoning is a huge risk when running generators near homes. Many people die every year just by running generators in their garages.

Furthermore, if you have the capability of situating a generator away from the home, you can only do so if you are using heavy-duty power cords. While people do indeed put their generators far from their homes, many run the risk of destroying their home appliances because of the length and quality of the power cords used.

The longer the cords are, the bigger the risk of voltage drops that can cause appliance motors and compressors to prematurely burn out.

Lastly, it is always recommended to only refill the fuel tank when the engine is cool. Done properly, the risk of disaster is greatly reduced even when the generator is refilled when the engine is hot. However, the smallest spill can lead to potential disaster as a hot engine can accidentally ignite the spill.

Running generators continuously might be necessary for some situations but let us emphasize again that generators were never meant to operate such workloads. In the context of how long generators can last, there are many factors to consider such as the type of fuel, engine size, fuel tank, and power output.

There are additional factors to consider such as oil and heat buildup when considering running a generator non-stop. However, in situations where a generator has to run non-stop, there are certain ways to do so in a safe manner.

Share on TwitterShare on FacebookShare on PinterestShare on LinkedInShare on Email