Home » Electric Generators » How Much Propane Gas Does A Generator Use Per Hour?

If the power goes out, you probably have a generator to use to keep things running. Whether you are at a camp where there is no electricity or at home in the aftermath of a storm, having a generator is the best solution for power. If you don’t have one yet, there is something that you want to consider before you get one.

Many generators run on propane. And you might be wondering how much a generator needs to run. How much propane will a generator use per hour?

The answer to this question is: it depends. It varies based on factors such as the kilowatts of the generator. The more kilowatts it uses, the longer the generator will last on a single tank of propane. Let’s go a little further into what we mean by this.

Exactly How Much Propane Is Used Per Hour?

Let’s start off with an example: You have a generator that is 22kw. If the generator operates at a full load, 9.7 cubic meters of propane will burn. However, if you have it hooked to something like a natural gas line, you can be able to run it for as long as you like.

But what about if you are running propane? If you run a 20kw generator on propane, on average it will use at least 2 to 3 gallons per hour. If you’re using a propane tank with a max capacity of 500 gallons and have it at least 90 percent full, that tank will last you an entire week.

Not too shabby if you are at a camp with no electricity. Or if you are in an area impacted by a storm where power outages will last days, knowing this will definitely be key. That is why it is important to be prepared for when there is a potential for severe weather.

While it may not always happen, it is good to be prepared for power outages that may last beyond a day. Even if you have a 500 gallon tank of propane, using it for a generator will definitely come in handy when everyone else doesn’t have electricity.

How Long Will Your Generator Run on Propane?

To tie it all into the last section, let’s take a look at the following stats based on the scenario that you are running a generator on a 100-gallon tank of propane:

If you are worried about losing power quickly, the best course of action would be to operate the generator at a load running between 25 to 75 percent. The less of a load you run, the better. As a rule of thumb, if you need a generator installed, you’ll want to have enough propane stored to where it can last you five days at the maximum.

Why Should You Run A Generator On Propane? 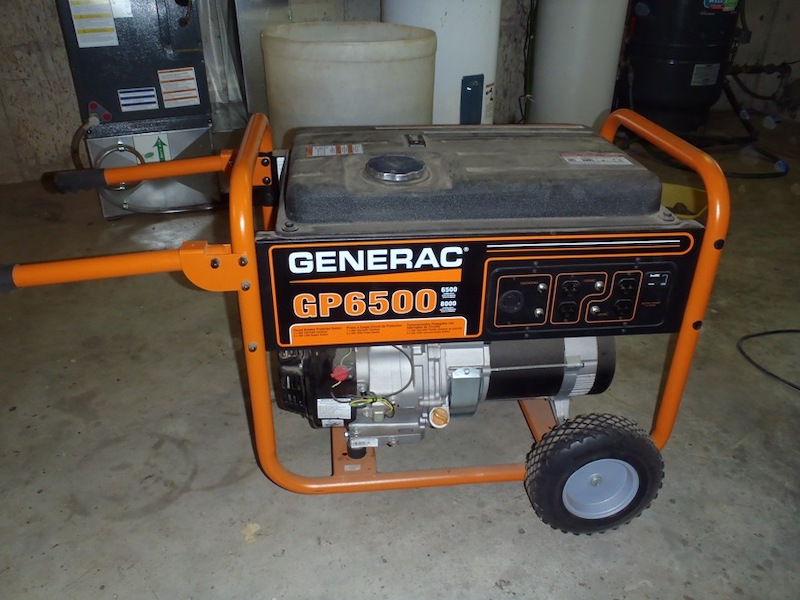 Most of the time, generators will always be on standby mode. That’s because you won’t be dealing with power outages all the time like in a residential area. Generators won’t kick on until they absolutely need to.

Since the instances are few and far between, it would not be a smart idea to rely on diesel or gasoline to power the generator. That’s because such fuel will gum up over time and would be rendered useless if it isn’t used up in at least 6 months or less. This gumming up will cause all kinds of clogging, which can spell disaster for something like a generator.

Unlike gas and diesel, propane has an indefinite shelf life. It doesn’t matter how long it sits there, it can be useful at any given time. Plus, having a reliable propane generator is great if you want to reduce as much engine wear as possible.

What If You Want To Use A Generator At A Camp?

Let’s say you have a camp or an RV that relies on a generator for power. One tip that would be useful is unless you need to use the generator for the purpose of power, it would be best to use it at night. That’s because, throughout the day, there’s a good chance you won’t need it because of the abundance of daylight.

You could use the generator to power such appliances like a fridge or something similar. If you need to run it at all times, you may want to consider the idea of running it at a lower load (like a quarter load). But nine times out of ten, you probably won’t need to use it until much later on in the day.

After choosing a generator based on the amount of KW power that you need, now it’s time to choose which size propane tank will fit you best. If you are planning to use a generator to power your entire home, the ideal choice would be to get a 500-gallon propane tank.

However, you want to take into account the size of your home. The larger it is, the more power it might need for the entire house. If your home is small in size, there may be no sense in getting a propane tank that large. A 100 gallon tank for a small home may even be enough.

Once again, get a good idea of your home’s size and that will give you enough determination for the kind of tank you need.

Now that you know how much propane a generator can use per hour, this will give you a good idea of which generator to go with and how much propane you need to power a home or camp. When the power goes out, you will be ready to keep the lights.