Generators are highly useful equipment for a wide variety of situations such as camping, remote job sites, and more. However, a common use for generators is for homeowners to have a source of backup power when the electricity goes out.

Having backup generators is understandably more common for areas that experience power outages more frequently. Areas prone to harsh weather can also benefit from having these backup generators.

Difference Between Running vs Starting Power

Before we begin, you first have to understand the difference between running and starting power.

Understandably, electrical devices such as appliances require power to function. Take a light bulb for example. If you purchase a 3 watt light bulb, then the understanding is that that light bulb would require 3 watts per hour to function. However, that does not mean that the light bulb is constantly using 3 watts only.

Specifically, the light bulb would require a little more than 3 watts the moment it was turned on to get the filaments or its LED bulbs working – that is the starting power.

After that slight fluctuation at the end, it can then begin to steadily use 3 watts during its continuous use – this is its running power.

This means that a light bulb will end up using less energy after 3 hours of constant operation compared to a light bulb that was constantly being turned on and off for 3 hours straight.

Why is this important? Because generators are often listed with what levels of starting power and running power they can provide.

Thus, a 2000 watt generator can run appliances that require a running power of 2000 watts.

However, you have to check what starting power it has. Different brands and different models can have slightly various values. For a 2000 watt generator, it wouldn’t be too uncommon to see them having starting power around the range of 2200-3250 watts.

Take note that some appliances have significantly higher starting power requirements compared to their running power. This is especially true for home appliances that have multiple moving parts or temperature-controlling elements. 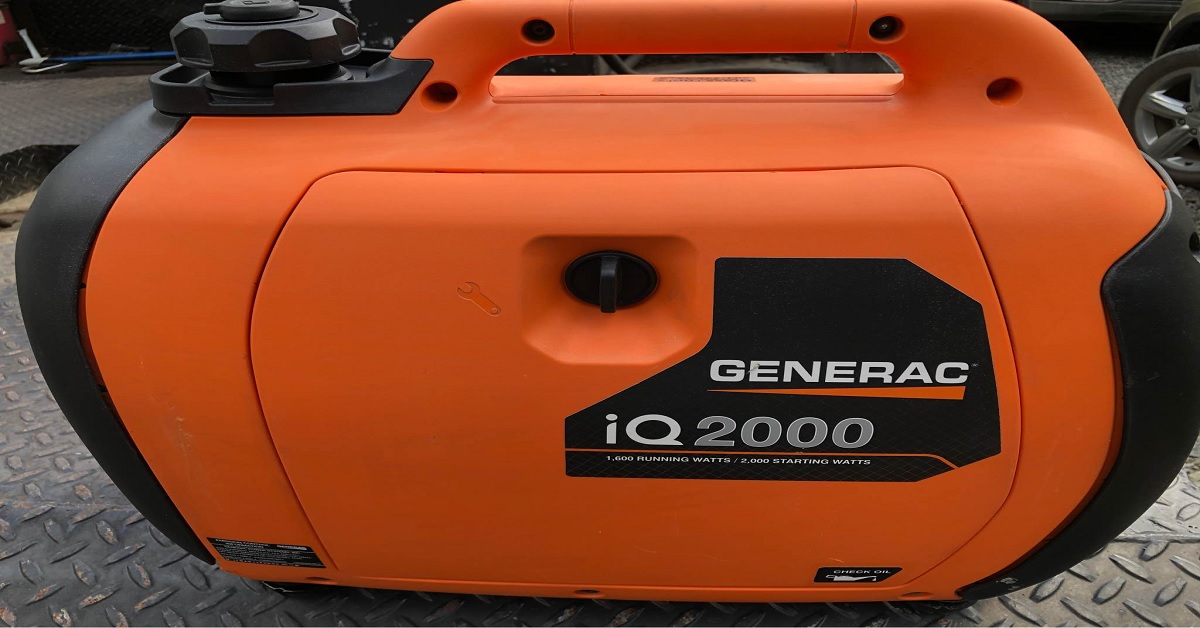 Here is a rundown of common household appliances and their wattage requirements:

Knowing the wattage requirements of various appliances is highly encouraged and essentially important to know what your generator can effectively run. If you have a generator and you plan to use it for certain situations, then it is recommended to follow certain steps.

If you plan on using the generator as a backup power source during outages, then consider the following:

1. List all the electronic devices and appliances you feel are necessary to keep on in case of a power outage. This gives you an idea of the set of appliances you will have access to when you’re running on generator power. Although you might have to cut back on some luxuries, you can still sneak some in if you have enough power left.

2. List down the different wattage requirements of your appliances. Some people list them down in a notebook and all the information can fit in a nicely organized table. Other people even attach small tags on their appliances. Most appliances have this information on their labels, but these labels are often small and located in obscure places. Having a tag gives you easier access to the relevant information.

3. Add up all the numbers that you’ve listed down. This will give you an idea of how much wattage you will need to operate all the appliances you’ve decided to keep running.

Once you’ve added up all the running power that your generator needs, you have to go find the one appliance that has the highest starting power of all the appliances you would be running. After finding it, you should add this value to your total wattage requirement.

This is important because if you have a total wattage requirement of 2000 watts, but one appliance has such a high starting power that the total will number of watts you’ll need will fall short, then your generator won’t be capable of running them all.

4. After having a value, you need to compare this with the capabilities of your generator. For a 2000 watt generator, the total sum of your wattage requirements should not exceed 2000 watts. If your sum surpasses the 2000 limit, then it is recommended to look through those appliances again and decide what can stay and what has to go.

Oftentimes, it doesn’t have to be a hard decision because not all appliances have to be running simultaneously.

For example, light bulbs and electric fans might be constantly on but you won’t really need your microwave and electric stove to be on all the time. You can play around with what appliances are running simultaneously as long as the total wattage of all appliances running at the same time do not exceed 2000 watts.

Although 2000 watt generators are unable to power all the appliances that you might want, they are often considered to be highly cost-effective. If ever you wish to increase the power output, then the only option is to simply get another generator.

One factor to consider when getting an additional generator is to get one with parallel connection features. This means that if a generator is hooked up to another generator, it can essentially combine its power outputs.

Common Appliances That a 2000 WATT Generator Can Run

Appliances that might be out of the league for a 2000 watt generator include large air conditioning units, heat pumps, electric clothes dryers, electric water heaters, and such.

If you find yourself in an office space, here are some appliances that a 2000 watt generator can run:

As you can see, most machines that are necessary for office operations would run without any problems with a 2000 watt generator.

A common use for generators is for remote job sites such as construction work. Oftentimes, job sites have to run on generators due to the lack of available power outlets. Thus, it is important to know what pieces of machinery can run on a 2000 watt generator in a construction site. Here are some of the following:

Understandably, power tools require large amounts of power since they themselves are able to do a significant amount of work. Thus, a 2000 watt generator might not be the best choice for construction sites unless the job is very light and will only require a few tools that need to run at the same time. However, a 2000 watt generator might be sufficient for a small workshop.

Can a 2000 Watt Generator Run an Air Compressor?

Generally, yes, it can run a small air compressor. Again, you still need to find out what wattage your air compressor actually needs for its starting and running power. Often, a 2000 watt generator should have enough power for running a smaller air compressor but it’s the starting power that’s more of a concern.

Generators are also highly utilized in job sites and even remote recreational activities such as camping. From all the different generators one can choose, a 2000 watt generator is more than enough for a lot of people as necessary appliances are often listed way below the 2000 watt power requirement.

This means that a 2000 watt generator will be more than enough to power numerous appliances at the same time. For smooth operations, it is important to know the running power requirements of all the appliances that you want the generator to be powering up.