Gas-powered generators have been a staple of portable power stations for Fourth of July barbecues, tailgating, camping, and backyard festivities, not to mention power outages and natural disasters.

If you don’t have time to read the complete article, check out our favorite products below.

Below are product reviews of five popular portable power stations, the value of these generators and how they work (including the pros and cons of using them), and other frequently asked questions. 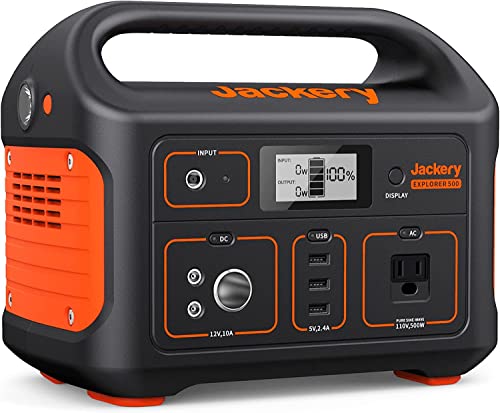 Users can charge the portable power station through the AC outlet, the DC carport, or solar panel (to be purchased separately).

This portable power station can also charge relatively small appliances, including a small car fridge for up to 39 hours and a 32-inch TV for up to seven hours.

If you’re on a budget, however, the price tag might be a turn-off, and despite its power, the portable power station is not used to power medium-to-heavier appliances like space heaters, large blenders, or vacuums.

Additionally, though the product is advertised for outdoor use, the portable power station manual instructs users to keep the unit out of heavy sunlight, extreme outdoor temperatures, and rain and moisture.

Though boasting more ports, the station requires the user to manually switch off the DC, USB, and AC outlet, and all must be turned off for the entire unit to switch off.

The station’s LCD screen shows which ports are powering at that moment and how much power the station is charging through them. Also, the LCD indicates whether the unit is taking in or using electricity. Plus, it shows whether the fans are enabled or disabled.

However, the display does not show the estimated number of hours of power left based on how much wattage it is using.

The portable power station can charge smartphones at 2,000mAh up to 25 times, laptops at 56wH up to 4-5 times, and smaller car refrigerators at 75W for up to 3-5 hours. It is also an excellent generator for CPAP machines.

Two LED lights are available for nighttime use or during emergencies like power outages.

The Rockpals 300W station has a price range between $260 and $300, making the portable power station more affordable than other units for those seeking a quality generator at a lower price. 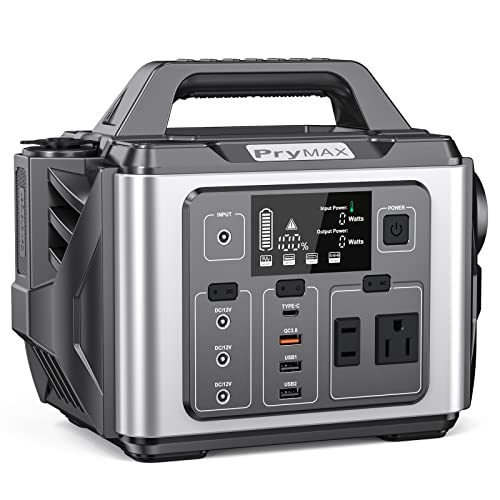 The portable power station can charge smartphones up to 40 times, laptops up to 7-8 times, a 32-inch TV for up to 5+ hours, and CPAP machines for at least four nights, though a DC converter must be purchased separately to power CPAP machines for that length.

The back of the unit contains a built-in LED flashlight with SOS light design for nighttime use and during power outages or other emergencies. It comes with a large number of ports, including Two AC outlets and a USB-C port

The portable power station also boasts a fan that is powered automatically when the unit is too hot. However, some Amazon reviewers have reported that their battery tended to overheat. 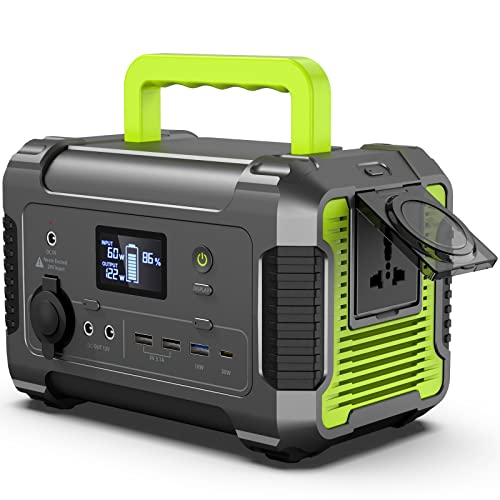 The portable power station can charge laptops up to 3-4 times, a 32-inch television for up to 1-2 hours, and CPAP machines for up to 3-4 nights using the company’s CPAP DC converter. It uses a pure sine wave inverter so you can throw anything at it without minding about its safety.

Pure sine wave technology helps you to power all your sensitive devices.

The portable power station also contains the built-in capability to prevent overcharging and discharging. We feel this is one of the best generators for home.

However, the portable power station has no built-in flashlight. If users need light while camping or hiking in the dark or want to illuminate their campsite during the night, the Paxcess station is not optimal.

This lithium battery operated generator is powerful and affordable enough for CPAP machine users, particularly when CPAP machines require charging on camping trips or during emergencies. However, the Paxcess website recommends turning off the humidifier if the unit is powering a CPAP machine for a more extended period. This requirement can make some users’ experiences uncomfortable. 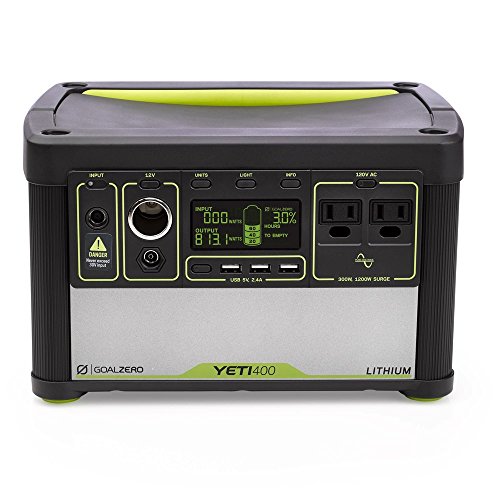 The goal zero yeti station’s heaviness allows it to be strong enough for outdoor use and to withstand accidental falls to the ground.

The portable power station is optimal for longer-term use, mainly 2-3 days. This feature makes the station ideal for campers and trip-goers. Goal zero yeti is fitted with a pure sine wave inverter that makes it ideal for all your power-sensitive devices as well as those that use a motor.

Pure sine wave technology helps you to power all your sensitive devices. It can also be used as a backup power source to power small devices and you need not worry when there is a power outage.

The glaring downside to the Goal Zero 400 station is the price, which makes it unaffordable for some customers who either do not want to spend that much or do not have much experience with lithium battery-powered generators. We feel this is one of the best generators for home.

How Do Battery-Powered Generators Work?

A portable generator does not generate but instead converts mechanical energy into electrical energy.

Unlike generators that rely on gas, propane, or diesel as their primary energy source, battery-powered generators rely on electricity from the electric grid or from the sun.

Think of a battery-powered generator as a rechargeable battery that can be charged through a standard 120v outlet, a vehicle, or solar panel.

Battery-powered generators do not use fuel, so they don’t produce carbon monoxide or other emissions. Plus, they’re generally silent compared to the purring noise of gas generators. 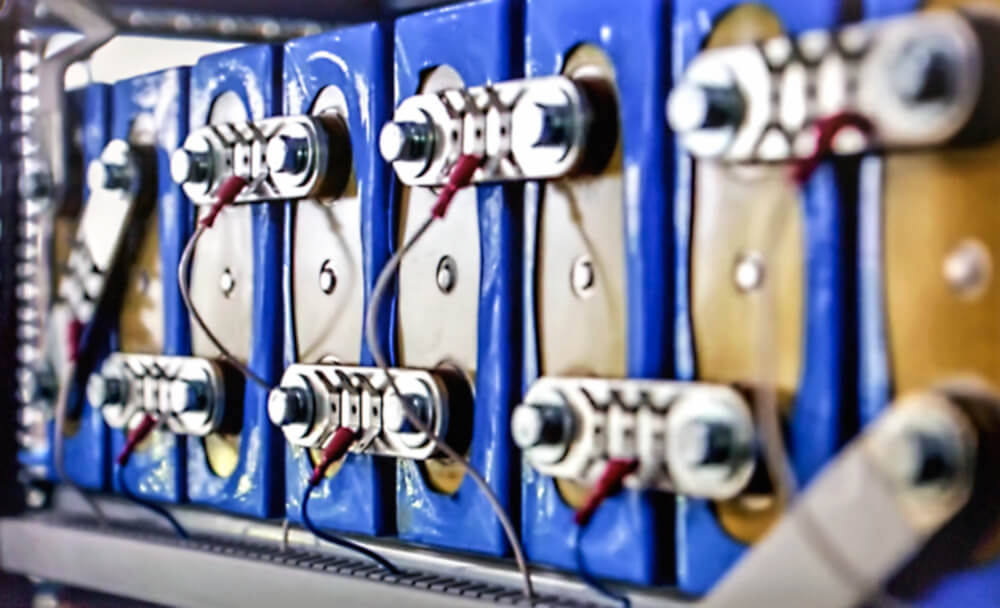 Want to learn more about the advantages and disadvantages of lithium battery generators? Let’s start with what we like.

Here are some potential issues with battery powered generators:

Specifications and Features of Battery-Powered Generators to Consider 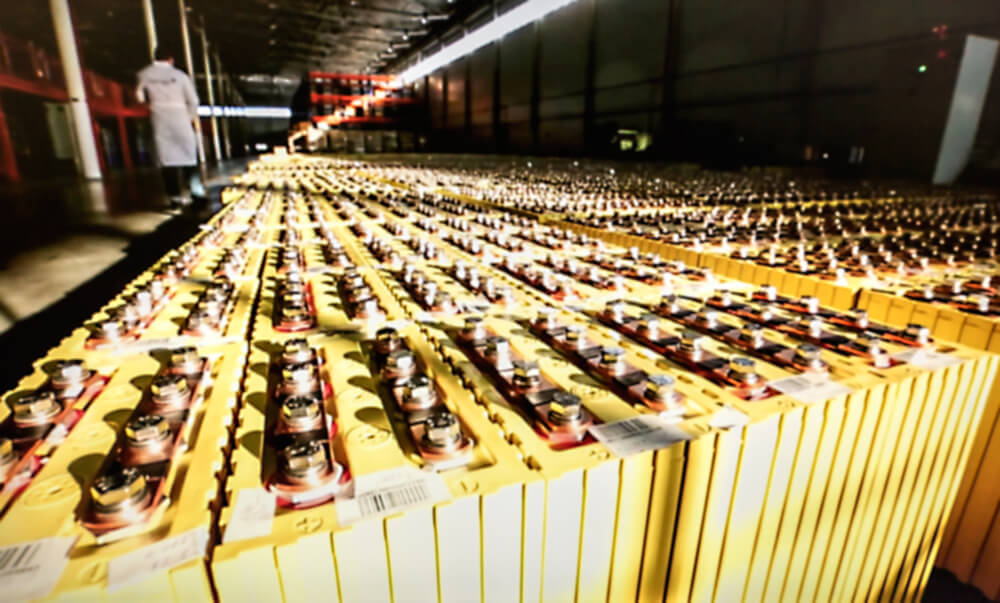 Before you buy a battery powered generator, here are a few things to consider.

Getting enough power to keep from a generator is the primary thing to look for. Consumers will need to figure out how much energy (in total watts) their gadgets and household appliances need to work and to purchase a generator that can produce it.

How long will your generator be used? For a few hours, or for a couple of days? For more prolonged use or to power multiple devices, a more high-powered generator would be optimal. Similarly, the time of day or location can matter if you plan to charge a battery-powered generator with solar panel, as you’ll need sufficient sunlight for the highest efficiency and for shorter charging times.

Portable power stations range in size and weight (from 4 pounds to 17 pounds or larger). For hikers, a lighter generator is more comfortable to carry, and for campers, a more massive generator can better withstand the elements or power more devices. Some generators can be easily placed in a car or even a backpack.

You can check if a generator has an easy-to-use handle or if wheel kits are attachable to make it more portable. Remember also that battery-powered generators are not 100% water-resistant.

If you plan on being a nighttime generator user, a built-in LED light can help illuminate your walking path or brighten your campsite. This feature will also help if you’ve misplaced your flashlight or if your flashlight battery runs out.

Rather than buying more than a portable battery generator, you can purchase a unit with replaceable lithium batteries or one with the option to add more batteries.

More ports allow for more device-charging. A battery-powered generator usually has one AC outlet that can connect to a standard household outlet, though some generators may include two AC outlet. More USB ports provide more smartphone or laptop charging if you’re in a group.

What are battery life cycles?

The length for which a battery maintains its rated capacity is called a lifecycle. One lifecycle is equivalent to using a battery from 100% to zero. Battery life cycles vary depending on battery type. Lithium-ion batteries generally have 500-800 lifecycles, and lead-acid batteries have 200-300 lifecycles.

A battery can still be used if it reaches the end of its lifecycle, but the total capacity will decrease, and thus battery life will shorten. For example, past 500 lifecycles, a generator’s recharge capacity may lower to 80% and to 60% capacity after 1,000 cycles.

You can calculate the amount of time a generator will run like this: Divide the battery’s capacity (measured in watt-hours, or Wh) by the power the device consumes (measured in watts, or W). For example, a 500 watt-hour battery can run a 12-volt machine requiring 50 watts to operate for 10 hours.

Can lithium batteries be taken on flights?

Current FAA regulations allow for carrying on lithium-ion batteries up to 100 watt-hours (Wh). Lithium batteries over this standard may be carried on with airline approval, but always check to see if regulations have been changed.

What is the difference between pure and modified sine wave inverters?

Do I need to purchase additional cables for my generators?

Generally, companies that sell battery-powered generators will provide all necessary cables to use your generator, but it is best to contact each company and find out whether you may need additional cables to work a generator.

How long are the warranties on battery-powered generators?

The warranty on a particular product varies depending on the company. Some warranties may be for one year, and others may be for 18-months or two years.

Gas-powered generators may remain a more reliable power source with the ease of refueling them. However, lithium-ion battery generators are becoming more accessible and affordable. They produce zero fumes, can be used indoors, and are reasonably portable, but they can be a great option when you need backup power/emergency power for small devices at home or at a campsite.

For consumers seeking a silent, more environmentally friendly option or who have purchased solar panel and want to use the solar panel over fuel to charge a generator, a lithium battery generator may be a great option.